Powerful and efficient Armed Drone with Machine Gun and Drone with Grenade Launcher that provide superior war-field intelligence and air dominance for military and special forces. 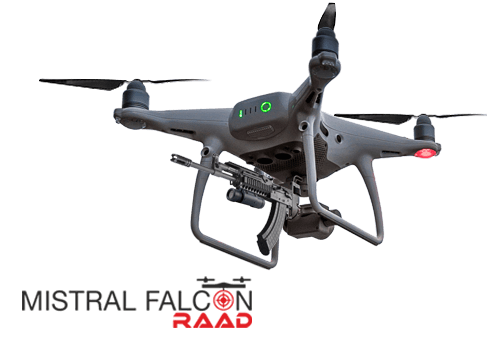 The Falcon RAAD from Mistral is a high-performance, super-efficient Rapid Action Armed Drone that serve as a force multiplier in small arms conflicts. The Falcon Weaponized Drone is capable of performing critical tasks during security operations conducted by military and special forces. The Combat Drone is available in two configurations – Drone with Machine Gun and Drone with Grenade Launcher.

The Falcon Armed Drone features an ergonomic and user-friendly system design, easily transportable in small SUV or trucks. A special purpose combat drone, the Falcon Armed Drone can be deployed in minutes and can operate in harsh terrain conflict zones within a mission radius of up to 3 km. The Armed Drone has a maximum take-off weight (MTOW) of 45 kg and can reach an altitude of up to 1000 feet AGL and up to 9800 feet above MSL. The combat drone is compatible with the GPS and GLONASS navigation systems to get around.

The FALCON combat drone can be set up to operate in autonomous, or manual flight control modes. The Armed Drone is equipped with advanced features such as auto return home in case of link-loss or critical battery level. The user can plan and define route on the map for autonomous operations and change missions during flight.

The ergonomic design of the Falcon Weaponized Drone – Ground Control Station ensures easy portability and provides maximum usability to the operator on field. The GCS record and displays video streams, flight telemetry data and drone flight positions on the moving map. The Weaponized Drone operator can start/stop the video recording and select and display a recorded video from previous records for post-mission analysis. Mistral Falcon Weaponized Drone comes with two Ground Control Stations with single or dual-screens, enabling two operators to work simultaneously. One can be used for piloting the drone and the second for operating the gun efficiently. The operators can select the respective camera input in the GCS; while the pilot can select the video streamed from the 3600 birds-eye-view cameras, the gun operator can view the visuals from the optical camera mounted on the gun for precise target viewing and firing! 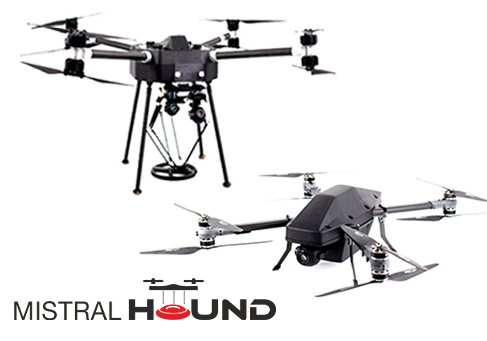 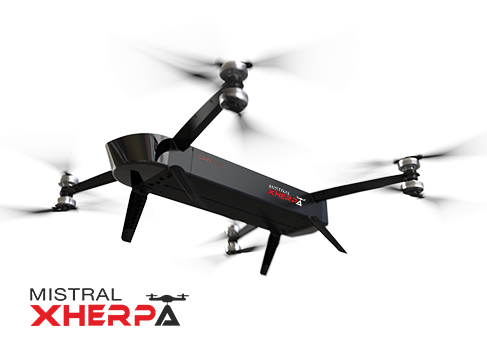 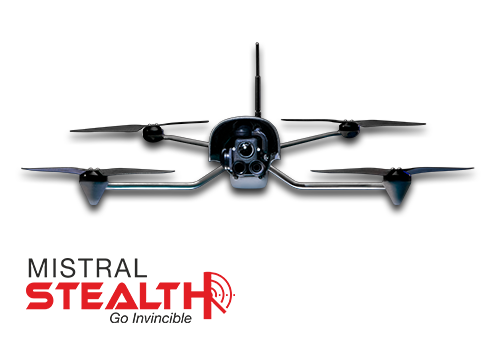