Over the past decade, IoT platforms have tremendously evolved to shrink in size and incorporate advanced wireless technologies. These developments have made a huge impact in the evolution of antenna technologies and IoT antenna designs, bringing out ultra-compact antennas of high efficiency and performance. Embedding multiple antennas in high-performance, small form-factor IoT designs has become a standard requirement, creating significant challenges to IoT product developers. 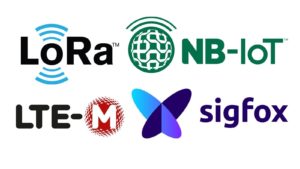 Some of the popular wireless technologies used in IoT applications are Wi-Fi, Bluetooth, WLAN and ZigBee, which operate in the frequency band of 2.4GHz to 5GHz. These wireless standards are capable of handling high data rates over short distances. Wireless standards such as LoRa (operates in RF bands of 169 MHz to 915MHz) and SigFox (operate in RF bands of 868MHz to 928MHz) are used in applications that need relatively longer range, and at much lower data rates. The advent of LPWANs like NB-IoT that offer low bandwidth data connections and LTE Cat-M, higher bandwidth, high-throughput with low latency and battery use, are also making a large impact in IoT designs by offering a cost-effective solution. 5G, the fifth generation of wireless technology, is expected to further revolutionise the growth of IoT and related technologies.

In this blog, we look at a few commonly used IoT antenna technologies, their applications and a few key factors that influence the selection of Antenna for an IoT product design.

This section briefly describes various types of Antennas that are commonly employed in IoT devices.

Chip antennas are compact and have relatively low bandwidth. They perform better with large ground planes, which may add to challenges while integrating a board of high component density. Chip Antennas have a limited range, making them optimal for small IoT devices that use low-frequency bands such as, computers, satellite radios, GPS devices, etc.

Wire antennas are more economical when compared with other IoT antennas such as Chip and Whip. The size of wire antenna is inversely proportional to its frequency, i.e., the size of the antenna increases as frequency decreases, which may invite challenges in designs. Wire antennas are either fixed to the PCB over a ground plane or connected over a coaxial cable offering good RF performance. These Antennas are available in various patterns and shapes such as Dipole, Loop and Helix and are commonly used in connected cars, smart buildings solutions, etc.

Whip antennas are one of the best performing IoT antennas and probably the priciest among commonly employed antennas. They are usually positioned outside the device enclosure, making a physical connection with the PCB over a coaxial connector. Whip antenna is a common type of monopole antenna, which is ideal for wireless connectivity in ISM, LoRa, LPWAN based applications. The whip antennas are ideal for designs that use multiple transceivers such as hand-held radios, routers, gateways walkie-talkies, Wi-Fi enabled devices, vehicles, etc. 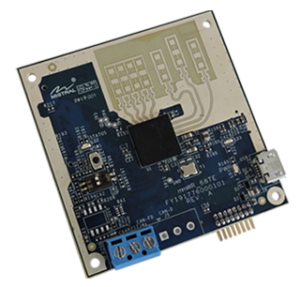 As the name indicates, Antenna on PCB (AoPCB) is the antenna or antenna pattern embedded on the PCB using modern fabrication technologies – typically copper traces on circuit boards. PCB antennas are cost-effective and offer great flexibility in designs as developers can incorporate the antenna design at an elementary level. One drawback of Antenna on PCB is that it uses space on the circuit board, which may bring in significant challenges in an ultra-compact or complex design with large number of sensors and components. These antennas are ideal for USB dongles, automotive and robotics applications.

Factors influencing the selection of antennas for IoT applications

Several factors influence the selection of an antenna for an IoT design – frequency band, size, range, precision, the region of deployment, etc. Typically, the frequency band of IoT antennas fall in unlicensed ISM-bands (industrial, scientific, medical). Each antenna is designed for a specific frequency band, keeping certain applications in mind. For example, Wi-Fi or Bluetooth may be a good choice for portable devices, wearables, gaming gadgets, IP cameras etc, whereas Industrial applications such as smart cities, Industry 4.0 and smart agriculture among others need to use LPWAN, LoRa, SigFox or NB-IoT.

The antenna selected should aesthetically fit into the product packaging. A small size antenna, perfectly positioned, is more likely to offer optimal performance. However, it must provide the intended coverage at the least possible consumption of power. At times, it is not only the size of the antenna that matters but also the antenna topology. The antenna topology influences the bandwidth, radiation pattern, gain and overall efficiency of the antenna.

One question that might pop up in the reader’s mind would be, should one consider a standard off-the-shelf antenna or a custom-designed one! Off-the-shelf antennas, that meet the product performance requirements, certainly make a cost-effective solution, however, a designer may face challenges while packaging this antenna in an extremely tight design. The rigidity of the design may further affect the antenna performance. In such situations, a custom-designed antenna makes an ideal choice to ensure superior performance.

Another important factor of consideration while selecting an IoT antenna is the regulatory standards in various regions across the world. Developers should keep a check on standards such as Radio Equipment Directive (RED), Electromagnetic Compliance, FCC Class A and B Rules in addition to the SAR requirements.

In short, the key parameters to consider during the selection of antenna are,

A few design keys for antenna placement in an IoT device

The selection of the right antenna is crucial in an IoT design, however, that alone will not provide a solution for high RF performance. It is imperative here to state that, the antenna performance is a key factor that decides the battery life of the device. Factors such as the closeness of other electronic components, use of a ground plane, signal interference, packaging material and proximity to a human body (Know more about the impact of the human body on antennas in a blog on Wearable Antennas) greatly influence antenna performance. Hence, developers must pay utmost attention to these factors during the process of design.

Here are a few design keys to antenna placement in a wireless IoT design,

Ultra-compact, high-gain, super-efficient antennas are revolutionising the way wireless IoT devices are designed and developed. Nevertheless, IoT antenna design or the selection of the right antenna type remain one of the key design challenges. A great antenna ensures superior performance, great range and low power consumption. Though a wide range of off-the-shelf antennas are available in frequencies suitable to IoT applications, developers may have to look at custom antenna designs to achieve optimum size and performance parameters. Designers should also be aware of the effect of other components in the design, Industrial Design (ID), ID material, antenna tuning, positioning and EMI/EMC regulations among others.

With over two decades of experience designing embedded products featuring technologies such as Bluetooth, RFID, NFC and LoRa to multi-band GSM, 3G, 4G/LTE, Wi-Fi and UWB systems, Mistral has the expertise to provide antenna designs that cater to myriad product needs.

Write to us to learn more about custom IoT antenna design, the selection and integration of antenna suitable for small form-factor IoT devices.