Wearable Antennas – Applications, Technologies, and their Impact on Human Body

The demand for wearable electronics and related technologies have grown tremendously in recent years. Some of the key developments that accelerated this growth are miniaturization of wireless devices, advent of high-speed wireless networks, availability of ultra-compact, low-power SoCs and ever-evolving battery technologies. Wearable electronics find numerous applications these days, and most of these applications use different types of antennas to sense, fetch, and exchange data wirelessly to and from a host device or an IoT gateway.

What is a Wearable Antenna? 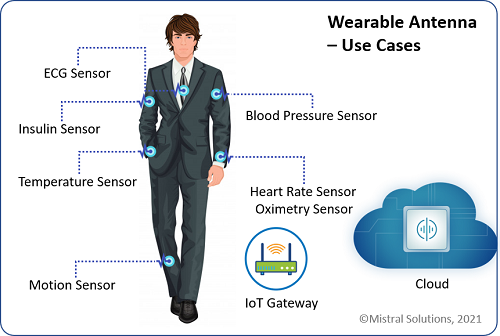 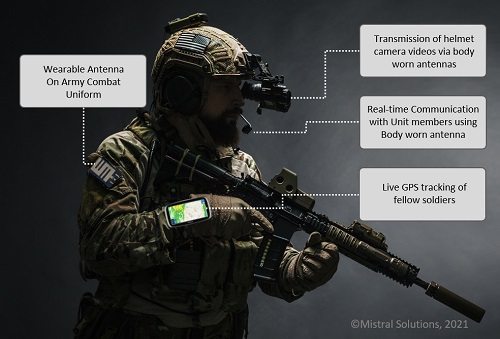 A WBAN device ensures continuous health monitoring of an elderly person or a patient without hindering his day-to-day activities. The implantable antenna sensors are also used for several biomedical applications such as heart pacemakers, cochlear implants and intraocular implants among others. In military, wearable antennas find several applications such as soldier’s live-location tracking, real-time transmission of image and video for instant decentralized communications, etc. These antennas are also used for access / identity management, navigation, RFID applications, etc.

Compact antennas are an integrable part of wearable devices. Antennas are implemented based on the bandwidth requirements, efficiency, electrical performance, polarization effects, size and and application of the wearable device. Some of the commonly used antenna technologies include microstrip antennas, printed dipole, monopole, printed loops, slot antennas, and planar inverted-Fs (PIFAs) antennas. 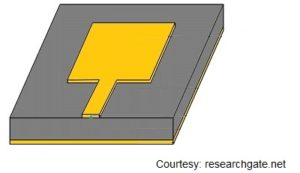 Printed Dipole Antennas are popular due to its low profile, ease of fabrication, low-cost, polarisation purity and wide frequency band coverage. Other major advantages of this antenna are its structure (two arms printed on two sides of a dielectric substrate), large bandwidth and the single-ended microstrip input. Dipole Antennas are relatively large in size, which makes it a little complex to implement in applications with space restrictions. In addition, the degradation of omnidirectional radiation patterns and the likely need of a balun may pose challenges in small form-factor designs. Printed Dipole Antennas are widely used in wireless communication and mmWave applications. 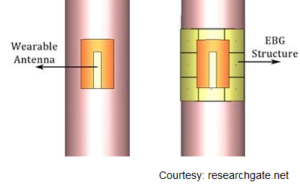 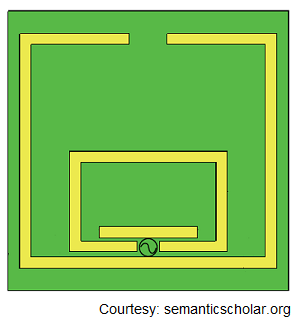 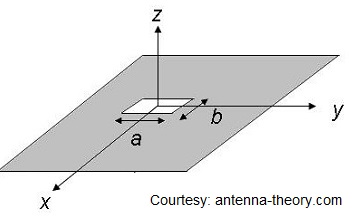 The Slot Antenna consists of a flat metal surface with fine narrow slots. The Slot Antennas are very versatile and are used typically at frequencies between 300 MHz and 24 GHz. This antenna has omnidirectional radiation patterns and a linear polarization. The slot size (length and width), shape and material characteristics, determine the operating characteristics of the antenna. The simple structure and flexible nature make it suitable for small form-factor wearable applications. Since the antenna can be easily implemented on flexible surfaces like denim, it is ideal for medical and military applications. This antenna provides effective wireless data transmission even when the human posture is changed. 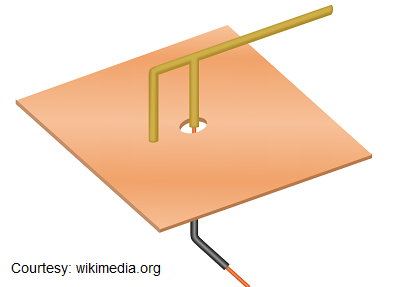 The Planar Inverted-F antenna (PIFA) finds majority of applications in portable smart devices. These antennas resemble an inverted ‘F’, as the names indicates. The low profile and omnidirectional pattern make the antenna popular among wearable product developers. PIFAs can also be printed like microstrips, a technology that allows antennas to be printed on the substrate or circuit board. The Planar Inverted-F Antennas have compact size, dual-band functionality, and very good on-body results (good SAR values), making it suitable for body worn electronics devices.

Impact of Human body on Wearable Antenna and Vice-versa

In WBAN, the close proximity of human body poses significant challenges to the wearable antennas and vice-versa.

These factors call for special attention during antenna design for wearable devices. Developers should focus on structural deformation, accuracy and precision in antenna fabrication methods and size during wearable antenna design.

Effects of Antenna on Human Body

Unlike ionizing radiations, the non-ionizing radiations such as microwaves, visible light or sound waves may not have sufficient energy to ionize atoms or molecules in a body, however this energy can increase the cell temperature by moving atoms or make them vibrate. This rise in temperature due to dielectric heating, a thermal effect due to microwave radiation when a dielectric material is heated by rotations of polar molecules induced by the electromagnetic field, may have severe effects in human tissues. 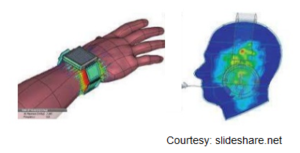 Antennas without a ground plane exhibit higher SAR value since the SAR of on‐body antennas relies on near‐field coupling to the body. Hence, many of the methods to reduce SAR value rely on altering the ground plane. One of the techniques is to use Electromagnetic Bandgap (EBG) structures, or Periodic Conductive Structures to filter electromagnetic waves within certain frequency bands. Similarly, using High Impedance Surfaces (HIS) help block electromagnetic waves within a certain frequency band. High Impedance Surfaces placed behind wearable antennas increase the front-to-back radiation ratio reducing the Specific Absorption Rate (SAR) in a human body. HIS also prevents propagating surface waves and reflects electromagnetic waves with no phase reversal. Another effective method is to integrate Artificial Magnetic Conductor (AMC) ground plane, which serves as an isolator. The SAR reduction techniques such as integration of Ferrite Sheets and Metamaterials are also popular among antenna designers.

The human body also has some effects on wearable antenna when it is in close proximity. The lossy, high dielectric constant characteristics of human body may result in the variation of input impedance, frequency shifts and reduced efficiency of Antenna. It disturbs the communication link between antenna and the external host device.

Based on the application, various techniques can be adopted to address the effect of human body on antenna. One of the key aspects is the placement and orientation of antenna. An ideal position/orientation of the antenna, location and distance from the body significantly reduce the impact of human body on antennas. For high performance devices, automatic tunable circuits and reconfigurable antennas can also be implemented. Antenna designers also implement EBG ground plane and High Impedance Surfaces to address the impact of body on wearable antennas.

Wearable Antenna is among the key emerging technologies, aiding several applications in health care, military, navigation, and entertainment. WBAN technologies, especially wearable antennas provide cost effective solutions for remote sensing and monitoring of several physiological parameters of human body. While considering the advantages of WBAN and wearable antennas, one should also be aware of its impact on a human body. Antenna designers should consider an appropriate RF technology for wearable designs, while ensuring least effect on the efficiency and gain due to electromagnetic immersion in human tissue.