SONAR systems use sound propagation (Ultrasonic waves) to navigate, communicate with or detect and locate objects on or under the surface of the water. When the sound pulse intercepts an object in its path, it bounces off the object and returns an “echo” to the sonar sub-systems, which receive and process the data to determine the range and orientation of the object. SONAR Subsystems are an active component used for manned and unmanned underwater surveillance, torpedo defense, and electronic warfare.

Sonar systems are extensively used for underwater surveillance to protect ships and submarines by detecting enemy torpedoes and subsea vehicles. The acoustic frequencies used in SONAR systems vary from very low to extremely high frequency. There are two types of SONAR — active and passive. Active Sonar systems emit an acoustic signal or pulse of sound into the water and analyze the echo from the objects on its path. Unlike active sonar, passive sonar does not emit its own signal, it only detects sound waves coming in its direction.

Mistral is a CEMILAC certified Research and Development Centre for testing and validation of defense electronics and all our SONAR systems conform to various environmental compliance and EMI/EMC as per JSS55555, MIL STD 810D/G and MIL STD 461E. Our partnership with leading global organizations like Curtiss Wright Defense and Wind River Systems specialized in defense COTS Hardware and Software Products enable us to offer robust hardware designs and safety critical software development services. Mistral can provide custom solutions for various SONAR Systems and SONAR sub-systems such as Transmitters, Receivers, Beam Forming, Fire Control System (FCS) and Multi-function Displays. These SONAR subsystems can be implemented for multiple platforms like submarines, carriers, fighters, frigates etc. Mistral designs for underwater Defense, especially SONAR systems and subsystems are Size, Weight, and Performance (SWaP) optimized, in order to deliver a critical operational advantage in the underwater battlespace.

To know more about Mistral’s design and development expertise in SONAR Subsystems, and Sonar Systems we developed for Indian Navy and Defense Labs, write to us.

SBCs and DSPs for multi-channel acoustic Data Acquisition and Processing

128/256 channel SONAR systems with synchronization of all the channels 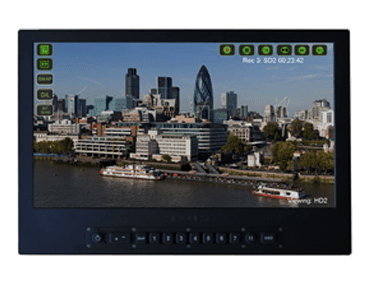