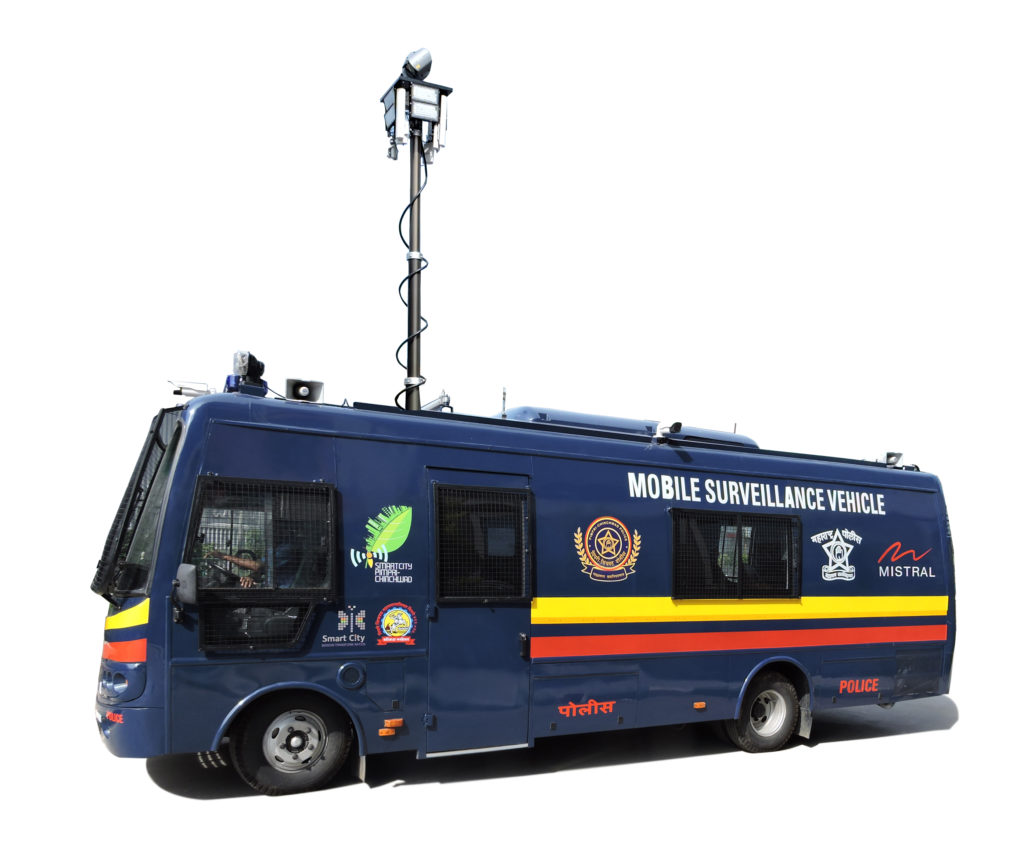 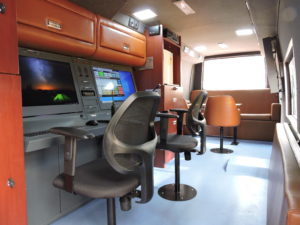 Below listed are the key components of the Mobile Surveillance Vehicle:

The Mobile Surveillance Vehicle is designed to accommodate:

The discussion area includes a five-seater setup with a 55” display monitor for the senior officers to monitor the video feed from the 32’’ display to enable real-time and rapid decision making.

To view the video feeds from the MSV by the Central Control Room or vice-versa there needs to be an appropriate interconnection between the two control rooms. For this connectivity, two options have been provided, namely – A 4G aggregator device with eight dongles and a pair of Wireless P2P antenna.

Since the connectivity of the 4G aggregator is based on the quality of the 4G signal at the deployed site, an alternate solution was provided by using a Wireless P2P antenna. One of those antennas were installed in the MSV and the second was deployed near the junction which was then connected to the control room using the Citywide CCTV network.

The MSV comes installed with an operator managed Integrated Communication System allowing the various agencies operating at different radio frequencies (VHF/UHF/HF/GSM) to communicate with each other during an emergency. The ICS system is integrated with telephony and wireless radios, call handling, monitoring, and logging functions into a single operator interface.

The vehicle is partitioned into the following sections

The offered solution has the following advantages:

Read the full case study to know more about the Mobile Surveillance Vehicle .