The embedded world is witnessing a proliferation of wearable devices in a multitude of domains including, education, entertainment, communication and navigation, healthcare, industrial and more. Mistral has been in the wearable domain for more than a decade designing and deploying several successful designs for our wearable OEM partners. 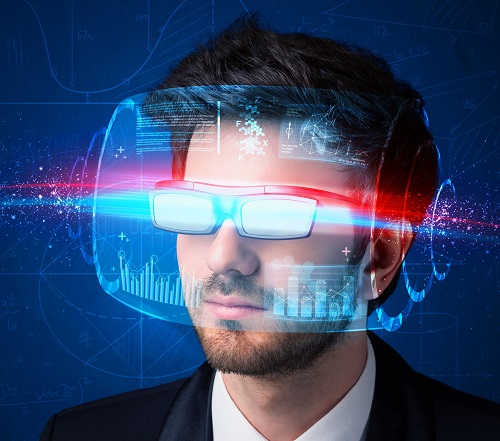 designed to function as an accessory to the smartphone. The headset device hosts a wide range of futuristic features, which will function as an extension of the smartphone to which it is connected enabling hands-free operation. The device can revolutionise applications such as Warehouse Management, Field Service, Manufacturing & Transportation by enhancing the efficiency of people and processes.

The customer is a leading product developer and solution provider for wearable devices with enhanced visual, verbal, audio and head-gesture command capabilities for the military, consumer, or industrial applications.

The customer wanted to build a light-weight, next-generation ultra-lightweight wearable accessory for mobile devices. The design was perceived as a head-mounted micro smart screen that functions as an accessory to the smartphone to complement/extend the features of a Smartphone by enabling hands-free operation.

During the requirement analysis, the customer recommended using their own micro-display and noise cancellation technology. The customer wanted a low-power, ultra-small form-factor design that integrates advanced voice/gesture recognition technology, allowing users to control their smartphones for various field applications in an industrial scenario.

Mistral conceptualised and designed a wired ultra-light wearable accessory based on a powerful microcontroller and incorporating a 12 MP camera. The high-resolution USB camera can be accessed using a custom camera application on the host smartphone.

Mistral also developed the complete embedded microcontroller firmware for the product and developed an application that runs on an Android smartphone to use the features of the headset. The Smart Application Launcher is designed with a multitude of options that can be launched and controlled by voice commands. We also came up with a complete diagnostics firmware and software that’s required for mass production of the headset.

Major features and capabilities of the device includes,

Read the full case study to know more about key achievements of the project and how the customer is benefitted out of it.