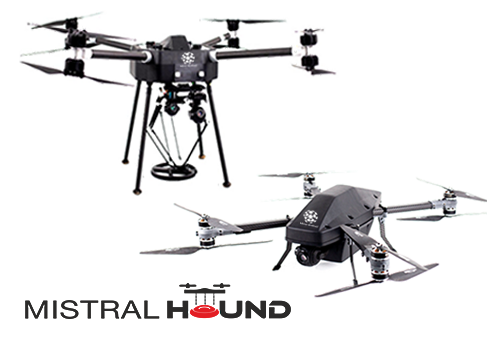 The Mistral HOUNDTM is an advanced drone based mine detection and demining solution for Army and special forces. The Mistral Hound is a combination of an extremely rugged mine detection drone and a mapping drone that detect and detonate landmines in a defined geographical area. The Landmine Detector cum Demining Drone consists of an advanced, high endurance Mapping Drone that generates a 3-dimensional Map of the scanned region; and a mine detection drone, which accurately locates landmines in the mapped area. The mine detection drone enables the system to geotag the location of detected mines on the 3D map, and then detonate them by dropping thermite sticks using Demining Drone from air or defusing them manually.

The Mistral Hound Landmine Detector and Demining Drone is a robust-compact UAV built with high-tensile carbon fibre to reduce weight and increase efficiency. Integrated with powerful coaxial rotors, the landmine detector and detonation platform is capable of long-range flights and can operate in full autonomous, semi-autonomous and manual modes.

Mine Detection Drone – Mapping and Geo-tagging

The Mistral Hound Mapping Drone is a rugged, long-range surveillance drone with a high-resolution multi-spectral camera integrated with a 3-axis gimbal to map a defined area. Operators can define the area to be surveyed using the cloud-based mapping software on the Ground Control Station (GCS). The drone creates an auto-path and flies over the defined area at a height of 100 meters capturing and streaming live video while mapping the area. The user can identify specific hazardous spots from the video streamed in real-time by the mapping drone. The powerful zooming capabilities of the camera helps the user to analyse the area and mark the possible location of mines on a digital map. Once the drone returns, a 3D map of the surveyed area is generated using autonomous mapping functionalities, with all identified locations pinned. The map can also be used to further inspect the area using computer vision algorithms.

The Mine Detection Drone is designed for mine detection and demining purpose. The drone comes with various mine detection sensors including a metal detector, ground-penetrating radar (GPR) and magnetometer. Operators can choose sensors based on the type of terrain being scanned and the type of land mines (landmines, UXOs and IEDs) expected there. Based on 3D maps created by the mapping drone, the mine detection drone systematically scans the mapped area from a height of one meter, to detect and locate the mines. The mine detection drone is equipped with a stabilization robot (to fasten the sensor) which has a jouncing movement that allows the detector to scan the ground precisely and evenly. The data from the detection sensors are sent to GCS for geo-tagging the location of the mines.

Once the mines are geotagged, the detection sensor on the mine detection drone is replaced with a multi-function gripping arm for demining / detonation. Depending on the mine location data, the mines are detonated by dropping thermite sticks from a height of 60-70 meters. This ensures that deminers do not access the danger zones directly. They can instead remotely monitor the process using systematic scanning, identification and detonation offered by the Mistral Hound.

The Mistral Hound landmine detector cum demining drone comes with a portable, single display GCS running the software and algorithms to control the drones, robot, and other accessories while mapping, detection and detonation. The GCS consists of a database of thousands of different types of mines for quick identification. The user can define GPS/RTK coordinates using the GCS, based on which the Mapping Drone generates a pattern to fly and map the area. The GCS allows the users to set the flight mode and view the data sent by the drone. The landmine detector drone establishes a telemetry connection with GCS, through which users can monitor and adjust the routes in real-time. 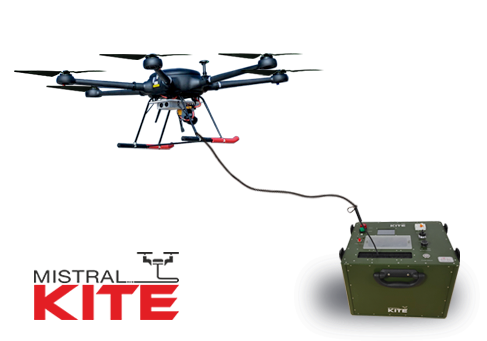 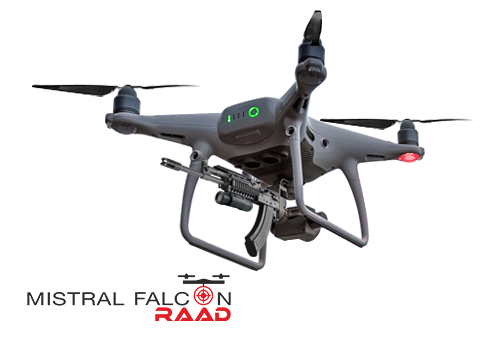 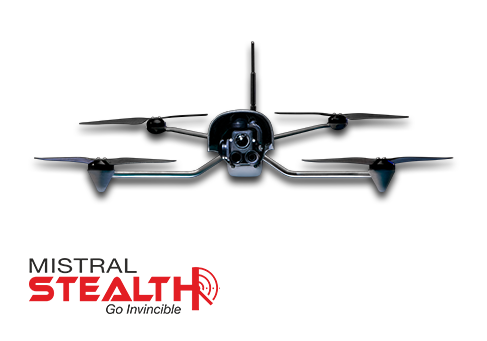